It was a wonderful day for kayaking, and everyone was quite excited.

As soon as we drove to the site and saw the water, I couldn’t help but go down to have to look around. I immediately spotted a crab under a rock and caught it. I seem pretty good at this kind of thing, but then I was told it was quite dangerous to do that, because there might be a blue-ringed octopus under the rock – they’re highly poisonous and could kill me! What a lesson!

For me and several others, it was our first time to kayak. Our captain and kayaking coach — Michael, he is such a great guy. He even showed us the bite marks left by a great white shark on one of the kayaks before we set off. And before we went into the water, he taught to us how to kayak step by step. His demonstration was really impressive. After kayaking freely for a while, we learned what to do when our kayaks capsize. I didn’t expect that the real thing would actually happened to me later!

Having been equipped with the basic skills for kayaking, we kayaked from Onkaparinga Estuary to the sea. It was a short but quite comfortable journey.

After arriving at the sea beach, we had a break for lunch. And then we were divided into two groups: one group would go surfing, and the other kayaking. I tried kayaking in the sea, but there were so many waves. After being hit by a huge wave, I capsized! The wave even took my glasses away! I didn’t realise this until I got out from the water and found my view blurred. It was too late to get my glasses back. What an unlucky capsize! But I was lucky not to drown thanks to all the skills I had been taught.

The kayaking trip was really nice and everyone enjoyed it a lot. And I will have to enjoy the expensive price for a new pair of glasses. :'( Thanks everyone for coming to the trip, we really had a lot of fun on that day. 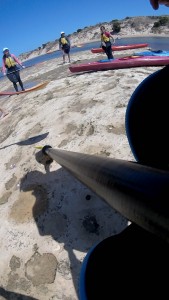 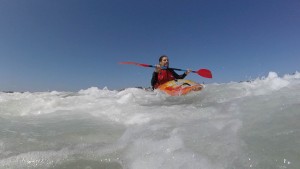 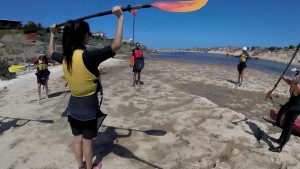 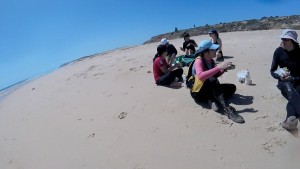 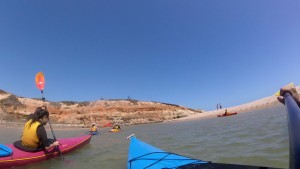 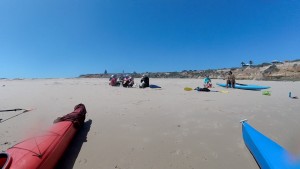