Ignoring the 60% chance of rain that had been forecast and braving extreme traffic, six of us set off from Waterfall Gully at about 6:15pm and made the summit in what seemed like no time at all.

There we were treated to a photography demonstration by a kind tourist from the Northern Territory, and joined by club president Jonathan, who had been at work and ran up the hill to catch up with us.

During the descent we voted to go via Cleland Wildlife Park for some variety and despite some confident directions given by one of the committee members, we ended up in a dead end but were treated to the sight of three kangaroos (albeit in captivity and through a fence). We made it back to the car park by about 8:30, by which time it was dark enough to need torches to navigate the last few steps.

A great walk with great company. Thanks a lot guys – hope to see you all again soon. 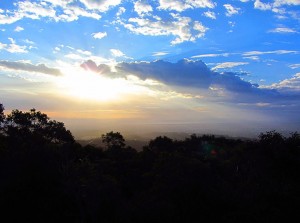 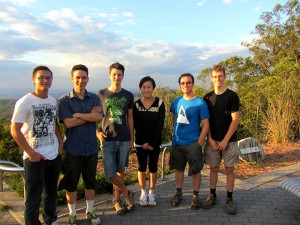